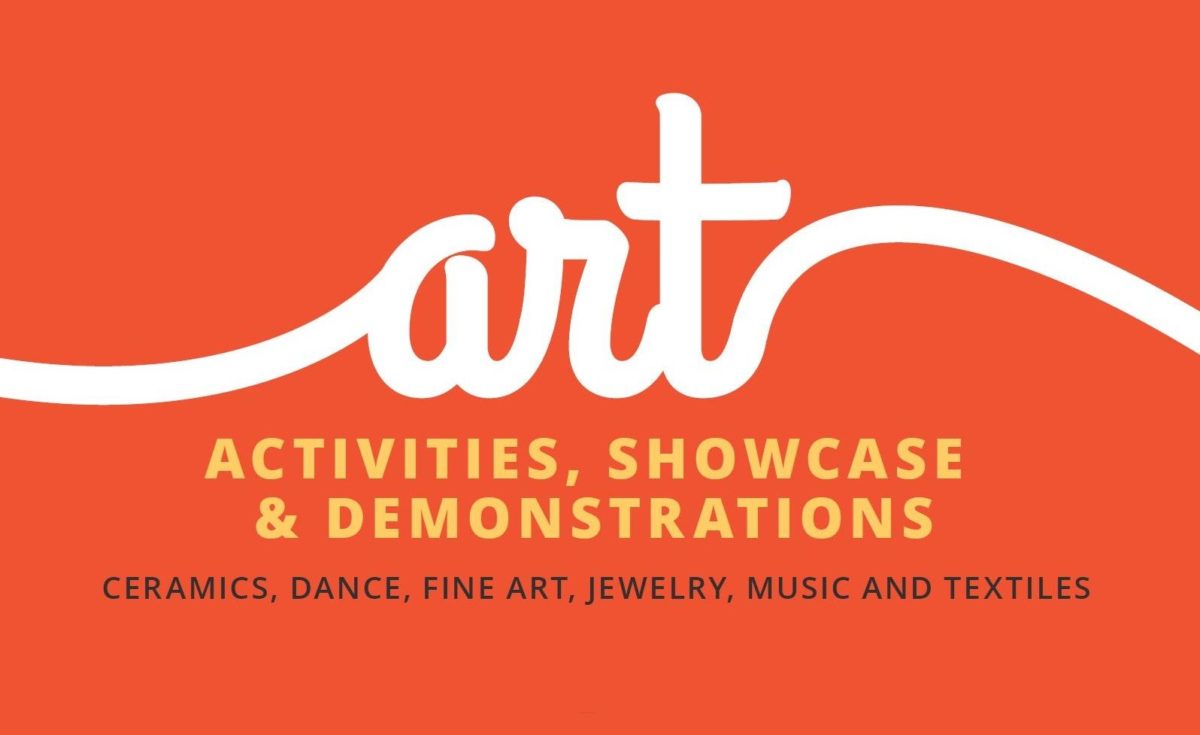 Join us in Judson Alley on Saturday, August 3, for live music, art activities, demonstrations, raffle, beer, cider & wine garden, and BBQ. We are excited to celebrate the arts in our community – and with you!

Paul Klein was raised in Oregon and grew up listening to the great Northwest Dance bands like Paul Revere, The Wailers, Kingsmen, Sonics in Junior High. At 17, his life changed when he heard Muddy Waters, and Buddy Guy and Junior Wells and a generous mixture of the San Francisco Psychedelic bands the came through Portland. In 76, he moved to Bellingham, Washington to join a band called Wet Paint and after a couple, great years touring in an old school bus started another band called Eddie and the Atlantics with the guitarist and friend Jim Fricke. They enjoyed playing in Seattle at the Fabulous Rainbow where they met a great community of local musicians that were part of a great vibrant music scene. The band name was simplified down to “The Atlantics” when Paul assumed leadership for the future of the band, which has been a local favorite in Bellingham for the past 25 years to date.

These strongly creative women have known each other for a lifetime, and their harmonies reflect that cohesive element in the music they play. Kathleen & Sophia’s love of Classic Rock Ballads originates from childhood and takes root in their passion to perform. Sultry in nature, their genres include Indie, Folk, Blues, Jazz, Classic Rock, Ballads, and Country from the 60s, 70s, and 80s.

Each of the J’s studios will participate in a special studio showcase in Judson Alley. You will have the opportunity to meet some of our studio instructors; some of whom will be working their magic and demonstrating live. It will be the perfect chance to become acquainted with a medium you have always wanted to try! There will be items available for sale and all the proceeds will benefit our studios.

You will have the Opportunity to Meet:

The Crew!
The Ceramics studio has pumped out over 80 to be sold at Art in the Alley. They’re $30 each and will come with a beer fill! Find one that’s unique to you! The proceeds will go to the ceramics studio to help with programming and new equipment.

Some of the raffle items include:

Chris Paul
There will be spinning demonstrations at the Textiles tent led by the incredibly talented Chris Paul. Chris was the club leader for 4-H and put all of the extra fleece from sheep to good use. She bought her first spinning wheel in 1976 and says the process, “takes a lot of eye, hand, and foot coordination.” ⁣

Leah Meleski & Chris Mohnkern
Leah teaches many Jewelry classes here at the J and will be selling adorable custom pet tags at Art in the Alley. Chris will also have gorgeous leather earrings for sale!