The Worth of Music 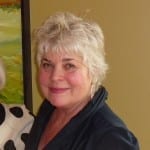 by Jerri Mercer Einstein attributed the theory of relativity to the intuition he acquired by studying music. “The theory of relativity occurred to me by intuition, and music is the driving force behind this intuition. My parents had me study the violin from the time I was six. My new discovery is the result of musical perception.” Albert Einstein Plato believed music to be the greatest educational tool. “Musical training is a more potent instrument than any other, because rhythm and harmony find their way into the inward places of the soul.” Plato One recent ten year study in the U.S. revealed that students who included at least nine hours of arts education a week (including music) were four times more likely than their peers to have achieved honors for their academic disciplines, and three times more likely to have won attendance awards.* Daniel Levitin, in This is Your Brain on Music, states, “Musical activity involves nearly every region of the brain that we know about, and nearly every neural subsystem.” Research has shown music to increase the size of the brain, its structure and function, a benefit to people of all ages. Improved language abilities, increased emotional resilience, increased empathy, increased attention span and focus and increased self-confidence are only a few of the known growth factors music can achieve in an individual. To quote Sylvain Moreno from the Rotman Research Institute, “Our data have confirmed a rapid transfer of cognitive benefits in young children after only 20 days of music training. The strength of this effect in almost all of the children was remarkable.” And these findings don’t even touch what joy and emotionally-gripping power music can bring to the soul. It is the intrinsic definition of a culture and civilization, the power that draws one into a movie, the spirit of a school, the essence of a parade, the integral, clenching item in a political campaign, as some will remember FDR’s “Happy Days Are Here Again”, the song helped FDR claim the White House after the Great Depression. It is the universal language. It crosses all political, societal, monetary, racial and religious boundaries. It is the great communicator, the great “connector.” Music has been said to “soothe the savage beast.” It could be one of our greatest weapons in combatting increased violence and hatred in the world. It helps meet deep, personal needs. Music heals the tormented soul, resurrects the aging, gives dance to the child and catapults academic students, not to mention giving increased concentration and accuracy to talented athletes. The Jansen Arts Center, 321 Front Street, Lynden, offers the community a great opportunity to benefit from remarkable youthful talent in its Sunday @ 3 concert series. The next performance on the series is Sunday, February 21 at 3 pm. Selected young artists range in age from the very young to semi-professional young artists in their twenties. It is a friendly outreach program for everyone. Children are free, with a suggested donation of five dollars for those over 12 years of age. Refreshments are served in the beautiful art-filled library at intermission. Music’s unlimited ability to increase the quality of a person’s life can be attained , not only as a performer, but as a listener. Please come February 21. You are important to this mission of inclusion. * S. B. Heath, 1999, cited in National Endowment for the Arts 2011 White Paper The Arts and Human Development, p. 22   Join us for Sunday @ 3 Sunday, February 21 at 3:00pm $5 Suggested donation for adults. Jansen Art Center 321 Front Street, Lynden