TICKETS
$15 and $12 for students/seniors
Available online or at the Gallery Shop at the Jansen Art Center.

Piano compositions by Mozart, Debussy, Ravel and more will be performed by the Mañalac Piano Duo at the Jansen Art Center on Saturday, March 26 at 7:30 p.m. Gabriel Mañalac and Rebecca Jordan Mañalac will engage the imaginations of the audience as they play a variety of pieces specifically chosen to form a sense of “nostalgia and innocent affection.”

Tickets can be purchased at the Jansen Art Center for $15 (adults) and $12 (students and seniors).

One of the pieces the duo will play was composed by Mozart for his sister in the late 1700s.  Gabriel said it is a youthful, playful and sensitive piece where Mozart’s affection for his sister is evident in each note. They will perform a piece by Ravel, titled Mother Goose Suite, which brings life to the imagination and creativity of youth. Debussy was a contemporary of Ravel.  This concert will include music from early in his exploration of the “harmonic language.”

Also included in the performance will be music by American composers Barber and Skelton, to continue the lighthearted themes through their representations of treasured dances and folk songs. 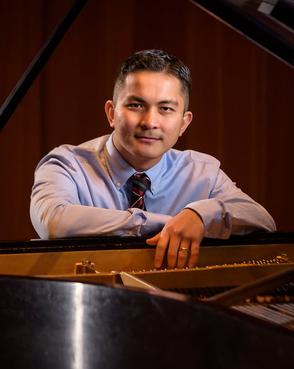 The Mañalac duo met during their time at the University of Washington, where they studied Piano Performance. Their busy schedules didn’t allow much time to get to know each other besides in passing. It took a meeting at Molly Moon’s ice cream shop in Seattle for them to be formally introduced.

According to Gabriel Mañalac, it was the common understanding and support that only musicians can understand which allowed them to succeed in their careers. Having the same passion and drive has enriched their relationship and allowed them to become a team as they move forward.

“We constantly share or vent, depending on the situation, the many benefits and the even more numerous stresses of the musician’s life,” he said.

Gabriel says their favorite aspect of performing is being able to share music, great music, with others. When they are working on their individual pieces they will often get excited about what they are working on and have the other stop everything to take a moment to share in the joy of the piece.

They especially love performing for audiences who don’t usually listen to classical music. He says it is rewarding to convey their own fascination with a piece of music to the audience. 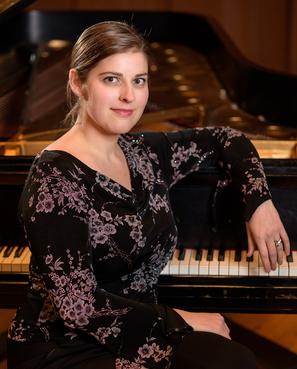 One of their favorite experiences performing was at their alma mater, Loyola University, when they performed Rachmaninoff’s 2nd Suite on two pianos. Gabriel recalls the satisfaction of being able to inspire an audience in the same way that he was once inspired by other visiting performers.

Gabriel believes that the enrichment of the arts in any given community has historically been led by single visionaries or small groups of individuals. He invites people to come support the Jansen Art Center by attending the concert on March 26.

“The Jansen family created a bright and sparkling gem in Lynden that will continue to shine by the patronage of the surrounding and outside communities,” he said.

Both Gabriel and Rebecca have Masters degrees in Piano Performance, extensive experience performing and teaching. They have won many awards for piano performance including Gabriel winning the University of Washington Concerto Competition and Rebecca winning silver and gold medals in the MusicFest Northwest Competition.

The Schimmel Konzert piano in the Jansen Art Center Chamber Hall will be in good hands on March 26 as the duo shares their love for music with the community. Gabriel said it is one of the best pianos in the county and he is extremely excited to play it for the amazing sound that it can produce.