Jovino Santos Neto worked as a pianist, flutist and producer with the legendary Hermeto Pascoal in his native Brazil for 15 years. Since moving to Seattle in 1993, he has released several recordings as a composer and leader of his Quinteto and others in collaboration with musicians such as Bill Frisell, Gretchen Parlato, Paquito d’Rivera and many more.

A worldwide performer and lecturer, he has received many commissions and awards for his work for orchestras, soloists, chamber ensembles and for his Quinteto. Jovino’s music blends contemporary harmonies and improvisations with a rich variety of Brazilian rhythmic languages.

Jovino has received three nominations for a Latin Grammy and has been inducted into the Seattle Jazz Hall of Fame. He’s a Professor of Music at Cornish College of the Arts in Seattle.

On his solo piano recitals, Jovino explores all the possibilities of the instrument, combining the rhythmic and harmonic audacity of Hermeto Pascoal’s pieces with his own Brazilian tone poems, spanning the distance from the lyrical to the effervescent within a few measures. He also pays tribute to some of the greatest Brazilian composers like Jobim, Pixinguinha and Ernesto Nazareth. His commentaries on the music are enlightening and educative, providing the audience with a unique musical experience.

” … a warm, high-energy player, as fun to watch as he is to hear.” Mark Fefer, Eastside Weekly

“… all original compositions, which were highly rhythmic and beautifully arranged.” Sandra Burlingame, 5/4 Magazine

For more information, please visit Jovino’s web site at www.jovisan.net and his Facebook page at http://www.facebook.com/JovinoSantosNeto 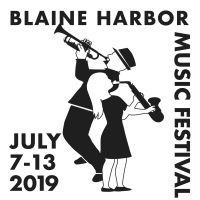 Online tickets this performance have ended. Our box office will open for ticket sales at 6:30 PM this evening. We hope to see you tonight!